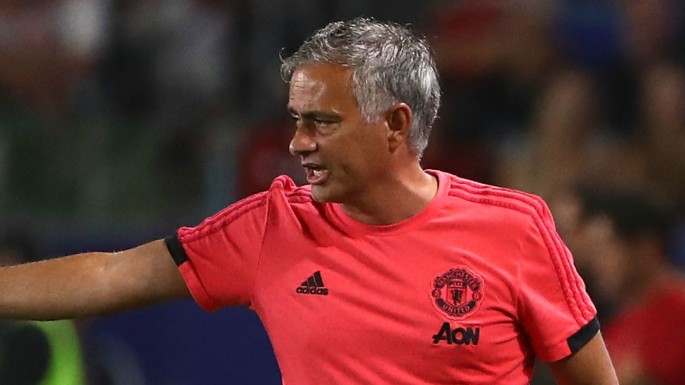 For a club that has seemed pretty inactive, there is a lot to talk about here. I am a Manchester United fan so it is of course the club I keep the most notice of. While I try and stay unbiased, it can be hard not to start feeling frustrated and worried for the club I support. So let’s just go through everything that there is to talk about.

Easily the most talked about topic revolving the club, it has been a very strange window so far. The players we have brought in have been very good signings. Fred fixes a huge problem we have in the team, which is a player who can adapt to different roles. The Brazilian is an excellent box to box midfielder, being able to do the defensive work, while also possessing quality on the ball, helping the team when attacking. One area in our midfield last season was lacking in that department. While both Pogba and Matic had good seasons, the mostly played in a two. The problem with doing that is they both do not balance each other in the slightest. Pogba is a player who excels in carrying the ball from midfield into the dangerous areas and helping create, while also being a real goal threat. Matic is great at covering the defense, and a safe distributor. Matic does not have the legs to cover the ground Pogba has to leave to help the attack. As the season went on we did move towards the midfield 3, which did help give us balance. The problem is that third player was usually either Herrera, Fellaini or McTominay. All of these three were mostly unable to contribute in any way to attacking (or in Fellaini’s case, defensively). It left us so reliant on Pogba, that marking him out of a game would make us so predictable. Fred is a player who is able to contribute to attack, which means he will be able to either drive the ball into the final third, or allow Pogba to make those runs into the box. Dalot was another signing I was pleased to see. Strangely enough, my favourite thing about him is how little I know about him. It feels very old fashioned, relying on only word of mouth to know what the young Portuguese full back is good at. From what I know, he is able to play at both right back and left back, and is very good in both attack and defense. Unfortunately he has picked up an injury, but should return by December. If both of these signings are positive, then what is the problem? Well it’s the other areas we haven’t strengthened. It was made very clear that centre back was an area that Mourinho wanted to strengthen. Throughout this window, we have been linked to many different defenders, including Harry Maguire, Toby Alderweireld, Milan Skiriniar, Marquinhos and Gary Cahill. But it seems the board are unwilling to meet some of the crazy prices places by their clubs. It is clear that Mourinho is getting frustrated with it, because he wants to go into the new season with every hole filled. Out of the names previously mentioned, Skiriniar would be my choice. The Slovenian is not only composed, but shows great maturity and is very good in the air. Many would favour Alderweireld, but I still have my reservations. Over the last 2 years he has suffered serious injuries, which have worsened by the year. If Manchester United spent in excess of £50m on a 29 year old, who could have another serious injury left in him. It is way more of a risk than is being made out. Buying from Premier League clubs is always a problem, because they can charge how much they want (as seen with John Stones and Virgil Van Dijk) because they know how much your club needs that certain player. Maguire would also be a red flag. While I do really like him, buying him would be a huge rip off, with Leicester asking for £65m. If it was for less than £40m I’d be okay with it, but I don’t want the club overpaying for players. It’s an issue that can be seen at the moment, being the disconnect between Mourinho, and the board. Mourinho has constantly been complaining about the lack of signings and the lack of additions to the squad. I agree with him to an extent. Mourinho is similar to Guardiola, in the sense of they both need full backing if they are to win trophies and make their clubs successful. We have seen Guardiola get this treating at City, with the club spending £100m on just full backs. Mourinho has made it clear that he doesn’t believe he is being backed in the same way. Even just looking at last season, United were constantly linked to Perisic, but the club were unwilling to match Inter’s valuation for the winger. We do not know how important Perisic could have been for the team, but it could have been the difference that was needed. The board seem to want that Galactico signing, like a Bale, Ronaldo or Neymar. But Mourinho, and I, think that is unnecessary, when the rest of the squad need serious surgery and it isn’t being addressed. However I do sympathise with the board in some aspects. The players that the club have brought in for Mourinho have not all worked out. The two that do stick in my mind are Henrik Mhikitaryan and Victor Lindelof. Both players were wanted by Mourinho. Mhikitaryan was bought for a pretty reasonable price at the time, and while he did play very well in the Europa League, his inconsistency in the league was his downfall. Lindelof has had a very mixed start to his united career. Last season he barely put in any tackles or interceptions, but did show some very good composure on the ball. Both of these signings not working could be the reason why the board do not want to put 100% backing into Jose, because they have had their hand bitten already. The relationship between Mourinho and the board will become the end of the the two time champions league winner, like it has before with other clubs.

Now with all things to be said about transfers out of the way, let’s just look at how the current group of players are being handled. This current squad of players have been managed very poorly, and context is very important here. In Mourinho’s first season, I constantly praised him for truly bringing the best out of his squad. The likes of Jones, Rojo, Herrera, Fellaini, Rashford and Valencia all were giving out their best performances and it gave Mourinho plenty of credit for getting the best out of his players. But last season became very different. All of the players mentioned just didn’t show the same level of performances. Jones started off very well, but seriously struggled January onwards. Rojo was coming back from an injury for most of the season, leaving him lacking match fitness. Herrera was by far the most frustrating. He went from an instant starter, into a player who failed to contribute anything to the team. Playing him alongside Matic was the problem. Matic averaged a very good 3.7 tackles and interceptions last season, leaving Herrera with the Pogba role of transitioning play. It was a role he excelled at for Bilbao, however now playing as more of a destroyer, it is a role he is no longer comfortable performing. Fellaini was another who came in for Pogba and performed very well, but was a key problem for United against Sevilla, a game all United fans just want to forget. Rashford’s development in that first season was going very steadily. His contribution to the team was very good, even making the most appearances for the club in that season. Rashford seemed to be lacking real confidence during the season, which limited his minutes and contribution for the team dropped, and wasn’t giving the same solid output. Valencia performed very well, giving a real driving force on that right side. However he began to show his age, failing to contribute effectively in the final third, like a modern day full back should. I’m bringing this up to show how Mourinho has failed to make those average players usable. Instead he failed to get the best out of his players, thus making united a much poorer side on the whole. While Mourinho fail to improve his players is one massive discussions, it is his treatment of two players, being Paul Pogba and Anthony Martial. Both have been on the firing end by the manager, and in my opinion, it’s mostly unjust. Mourinho was criticising Pogba for a lack of consistency, lack of focus, and for not performing. This mainly came from the Spurs game at Wembley, where Pogba on a defensive level, was very poor. Mourinho subbed him near the beginning of the second half, and brought on Fellaini to “offer something different” and he said it was purely “tactical.” However Pogba’s appearances for the club were much more limited, with the Frenchman being benched for both legs against Sevilla in that same month. Mourinho has been utilising Pogba incorrectly for most of the season. The ex Juventus midfielder has been playing in a deeper role, as more of a creative midfielder (like a Pirlo, Fabregas, or Xavi) But that is not his strengths. While Pogba is indeed an excellent passer of the ball, his strengths are his dribbling and creativity in the final third. Pogba’s main responsibility should be scoring and assisting, but Mourinho needs his midfielders to be disciplined, and work very hard defensively. Those are not his strengths. Pogba is such a unique player, in fact a one in a kind. Never have I seen a midfielder who is that fast, that strong, that technically gifted and that good in the final third. He can do things midfielders do not usually do. Getting the best out of him is the way for Manchester United to succeed. The signing of Fred might be the key to his shackles, to allow him to play his game. Martial is another who is definitely struggling in recent months. Martial was actually very good for United up until the signing of Alexis Sanchez. He went from a potential player of the season until a player stuck on the bench, to make way for a player who did not deserve the starts he was getting. Every time Martial played last season, he looked so good. In only 1584 minutes played, he contributed to 14 goals. That is a goal every 113 minutes. It shows how effective Martial was whenever he played, and how important he was for United. However Mourinho clearly doesn’t see what I see, as he seems fine to let the wide man leave this summer. If signing Alexis would have limited Martial’s minutes this much, maybe signing him was a bad idea. My expectation was to see Martial on the left with Sanchez on the right. It would allow us to play an inform player, while fixing a clear issue on that right side. It just seems baffling to bench a player who was performing so well, thus weakening United as an attacking threat.