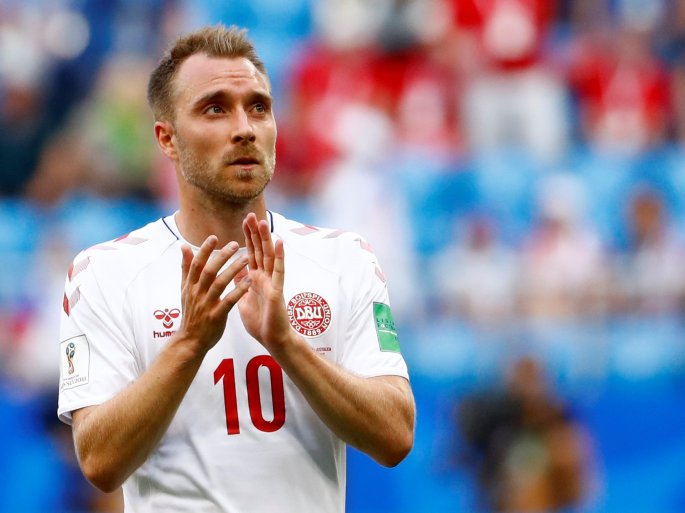 Another day, another round of 16 preview. Let’s take a look at the 2 games on Sunday, where we’ll see the hosts take on the 2010 winners, and a great Croatia team take on an underwhelming Denmark side.

This could well an truly be the most interesting tie of the day. Both teams have looked very good at points, while also showing some significant weaknesses. Let’s start with Spain, who go into this game as the winners of Group B, winning 1 and drawing 2. Talking about this Spain side without mentioning the early sacking Lopategui is difficult. While you can criticise the decision or agree with it, it has added an unnecessary pressure to this side. They were already tournament favourites for me, but losing the man who cruised them through qualifying and didn’t lose a single game, it will always be a what if. If the new Real Madrid manager was still in charge, would we have seen a much better side than we are seeing? We’ll never know. I think Spain haven’t looked at their best in this tournament. They seem to struggle to break down sides who play a low block, and they seem unable to get the best out of their forward, Diego Costa. Costa is a very specific forward. He is great at bringing in others into play, while also being incredible in the air. The issue is he doesn’t exactly fit into the way Spain want to play. Spain like to play a very patient possession style of football. It’s about overloading the midfield and the more technical players like Isco, Iniesta and Silva. They are all players who are able to find those pockets of space and use pick passes to put defenders in difficult places and exploit them. Costa works better in a counter attacking system. While he isn’t very fast, it’s his aggression and size that are his biggest benefit. You could argue they did overplay it against Morocco. I disagree. It seems to be the best way to break these low block teans down. While Spain haven’t shown their best, they still have been very good.

Russia have easily been the surprise package of this tournament. Even with their very old defense and injury list, they have definitely benefited from being the home team. You could argue that is their biggest strength. They seem to play with this fearlessness, as if every play just want to make their country proud. Their best players have easily been Aleksandr Golovin and Denis Cheryshev. Both have been the best players Russia have produced over the years in talent. While Cheryshev’s club career did drop off a cliff after his time at Real Madrid, he has definitely performed in this world cup, scoring 3 goals. However while his club career has dropped, Golovin’s is only on the increase. The CSKA Moscow midfielder was sensational throughout the group stages. He did have a very good season for his club, but the issue is it’s hard to judge quality in Russia. However he has proved us all wrong. He has been the centre piece for that team. He has added that extra bit of quality and his ability on the ball has been excellent. He’s been averaging 2.5 key passes per 90, which has earned him 2 assists. His number of passes has dropped from Moscow, but his key passes have doubled. It shows how he is playing in a much higher position, and it definitely has benefited his team. After the 3-0 defeat to Uruguay, there are question marks on whether they can beat the former champions, but being a home nation always gives you that advantage.

For Spain to beat Russia, they need to make those centre halves as uncomfortable as possible. Their age and lack of mobility is their biggest weakness, and having such magnificent technical players could be key in getting right past them. They also have to get Costa on the ball much more. He will definitely help bring others into play and open space for his teammates. For Russia to shock us all, they need to show courage and play in the same mold they have all tournament. Make sure Golovin continues to be key and get him in those dangerous areas. Even if it would work, I still think Spain will get through his tie.

Both teams in this tie have reached my expectations. I expected Croatia to blow their group away, for simply having a great midfield and a solid defense. Denmark escaped their group, however it is clear that their over reliance on Eriksen is a huge issue. Croatia were very good in their group. They were only one of three teams to earn maximum points. They have a very good squad of players, with their midfield being easily their best area on the pitch. Next to Spain, I think Croatia have the best midfield in the tournament. They have a good balance in dictators and ball recovery specialists. Modric and Rakitic are brilliant dribblers and creators, however they struggle to play in a pair. This is wear Brozovic comes in, he has been the hard working player who has given his teammates a solid base, and give Modric and Rakitic less pressure. They dominated against Argentina because they completely outclassed them in that area. It has been excellent to see and why they have seen to be one of the favourites of the tournament.

Denmark actually have some very talented players. They possess some real talent in Pione Sisto, Youssaf Poulsen and Andreas Christiansen. However their best hope of getting anything out of this tournament is Christian Eriksen. He has been excellent for both club and country in the last year. He has contributed to all 2 of Denmark’s goals in the tournament, scoring one and assisting another. They have played some very good football in the tournament, and have used their forwards very effectively. Poulsen seems to play more as a second striker, while Sisto plays more as a traditional winger. It gives them a very good balance, and with Jorgenson very effective in connecting play, it has given them a good approach. I haven’t been paying too much attention to the Danish, so I will be interested in how they approach this game.

For Croatia to secure their place in the quarter final, they will need to take advantage of their midfield numbers. There will definitely be space between the midfield and the defense, with Denmark playing a very attacking 4-3-3. The likes of Perisic and Rakitic will need to get into those half spaces and help move the ball further up the pitch. Denmark have also given away 2 penalties, which means getting these players in bad areas could result in favourable decisions. For Denmark to beat the 98 semi finalists, they will need to take advantage of their more pacey players. Vida and Lovren are not exactly the greatest defenders, so using the pace of Sisto and Poulsen, could put these players in very comfortable positions. Eriksen will also be key for Denmark. Getting him on the ball as much as possible will be beneficial. I can still see Croatia getting through this one very easily.