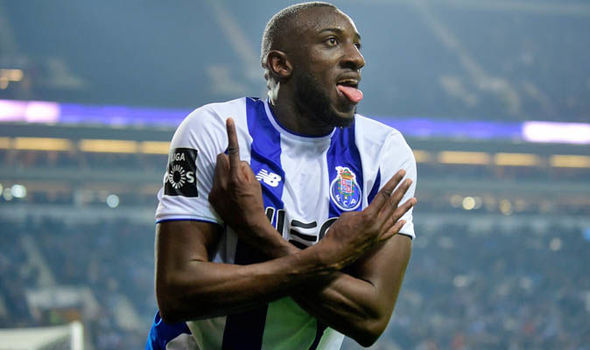 Let’s begin with by far the least interesting fixture of the round. This isn’t to say there is nothing to say about this tie, but the other games are by far more interesting. Let’s start with Roma. I was originally going to disucss why Roma are struggling so much in Serie A, and it can quickly be summarized by key players leaving and not being replaced by players of the same level. The giallorossi sold two of their starting midfielders, and brought in an aging Seven N’Zonzi and a very average Bryan Cristante. The positives for them this season is some of their younger talent truly shining and the future does look bright. Monchi seems to be looking in Italy and other less known leagues for reasonably priced talent and it seems to be working to an extent. I am still very unsure on whether Di Francesco is the man to bring this side success. He is managing the side in a very difficult period, with many of the side’s star players beginning to age out. He is still seemingly unsure what is best eleven truly is, and it’s resulted in players constantly in and out of the side. El Shaarrawy and Pellegrini have been two of the best players for Roma this season, yet they have only started a combined 25 games. He’s relying heavily on the older players in the side, and talents like Schick and Kluivert just don’t seem to be flourishing in the same way we all hoped. They are struggling and there isn’t any signs to say they should be higher than where they are.

While they have been very up and down this season, they have actually been very good in the Champions League. It did help that their group was relatively easy, with a struggling Madrid, a Moscow side they comfortably beaten twice and a Plzeñ side they managed to put 5 past. While Edin Dzeko has struggled in the league (he has arguably been very unlucky though), he has been fantastic in the Champions League. In the 4 games he started, he scored 5 and managed 2 assists. He’s had more goal involvements than any other Roma player, and only Messi and Lewandowski have scored more than the Bosnian. He has had some injury problems, but he will be available for this game, which is a huge boost. I mentioned before that Lorenzo Pellegrini has been good, but he’s been even better than he has been in Italy. He has 3 assists to his name in Europe, with only Mbappe, Depay and Mahrez getting more. He has been a creative hub for his side in his 3 starts, with only Toni Kroos making more key passes than his 3.5. He has to play if Roma want anything out of this game. Their wingers, Justin Kluivert and Cengiz Ünder, have both been great whenever they’ve played. Kluivert’s time in Rome has been limited, but he’s still only 19 and has put up solid numbers in the Champions League. Under and Kluivert have completed the most dribbles for Roma in the Champions League, and only Pellegrini is creating more chances the Dutchman. I like Under a lot and think he does have a very promising future, but it’ll only be positive if his shot numbers improve. Kluivert takes a more shots in the box than his turkish teammate, and considering he is also creating more chances too, it is worrying. Under just takes too many shots outside the box and seems to have Coutinho syndrome (a condition where all your positives can be outweighed by awful shot locations. Suso also has this awful condition). He’s still only 21 so this is definitely an area will improve on with time.

Let’s move on to Porto, who have been very good since Sérgio Conceição arrived at the club. Porto won the Liga Nos title last season by scoring the most goals and conceding the least. They only conceded 18 goals too, bettering every other side in the league. They have continued this into the current season, only conceding 11 goals so far this season. It does help that the competition in Portugal, Benfica and Sporting, have droppped off massively in the past couple of years. Benfica have sold a lot of talent in the past few years, with the likes of Lindelof, Ederson, Mitroglou and Semedo all leaving the club for better things. Sporting have had a similar problem but with completely different circumstances. There were claims that the club president sent fans to attack the players, with key figures of the team like Gelson Martins, Rui Patricio, William Carvalho and Piccini all leaving the club because of the dangerous enviroment. They were allowed to leave for low figures too, which meant it was hard to find good replacements. I bring this up because Porto have not had these problems. While selling Ricardo Pereira and Diogo Dalot, leaving 34 year old Maxi Pereira as their only first choice right back, but it seems to not be a problem, thanks to Eder Militão. The Brazilian arrived from his native league for a bargain £3.6 million, and it could be seen as one of the signings of the continent. He has been playing as both a right back and a centre back. and is seemingly unable to put a foot wrong. Porto haven’t had the same transitional period as their rivals, which has allowed them to have an easy running in the league. While I do think they have had more talented squads in the past, but it cannot be argued that the manager is getting the best out of what they have. While they were unbeaten in the group, some of the scorelines have painted the image of a side that is performing well, when in reality, that isn’t the case. Their wins away at Galatasaray and Lokomotiv Moscow were games where they were outshot do show they have been lucky to even finish the groups unbeaten (they scored 3 goals with 3 shots on target against Galatasaray). They were in fact one of only two teams  to have a negative expected goals difference at the end of the group stages. They also scored the most penalties. This isn’t to discredit them, but to show that while what they have done so far is imprsssive, they are a side that have rode their luck.

I discusssed how well Dzeko has done for Roma in the Champions League, so it only seems right to credit Porto’s own striker, Moussa Marega. The Mali forward has been stand out for his side in the competition. He has scored the most goals with his side with 5. While Dzeko was a shot machine Marega was not. He was only taking 2 shots a game, but 1.8 of those were coming in the penalty area. Marega is not a great player in the slightest, but to his credit he does very well in this system. He gives the most fouls away in the side, and that for striker can be seen as a good thing. It’s a sign of a player who knows how to press effectively. Players like Firmino and Lewandowski are great at pressing and usually give away a lot of fouls in an attempt to regain the ball in an aggressive manner. Marega does this in a similar fashion. He leads the line very well for his side, and excels in the 4-3-3 system they have deployed. Another reason why Marega has done so well is because of his teammate, Yacine Brahimi. The Algerian has been insansely good for the past few years, mainly because of his dribbling. In 5 games, he managed 2 assists and is completing 3.6 dribbles per game, double of the player behind him. He is so important for Porto’s attack, and helps massively in transision and can give full backs an absolute nightmare. In a majority of Porto’s attacks, the ball will always go through the Algerian. If he manages to bring his A game, Roma will have a horrid time.

If Roma want to earn their place in the final 8, they will need to take advantage of their home leg. While it is very simple, it seems Serie A might have to take priority. Before their game in Portugal, they have the Rome derby against their biggest rivals, Lazio. Roma haven’t been great in big games this season, losing to Juventus, drawing twice to Atalanta, failing to beat the Milan clubs. Their only win would be against Lazio back in September. If they have any chance of getting top four, they need to beat their closest rivals. Porto are a defensively solid side and are very aggressive. But as mentioned, their right back is a massive weakness. If El Shaarawy or Kluivert can take advantage of a very weak right side, there could be a chance create chances for Dzeko and Under. Under can not be wasteful. It’s something you expect from the wide man, but this side do not give up goals. It’ll be difficult to score against them, but as seen against Galatasaray and Lokomotiv Moscow, their away record is not great and have to hope they aren’t as lucky as they have been.

If Porto have any chance of getting by the giallorossi, they must deal with that weak midfield. When I say weak, I do not mean in lacking ability, I mean in physicality. Danilo Pereira and Hector Herrera are two players who are defensively solid and need to bring their aggressive side. Porto are great at winning the ball higher up the pitch, and with midfield consisting of a slow De Rossi and N’Zonzi and defenisvely poor Pellegrini and Cristante. These are players you can truly get at and it’s so vital to not let them play their game.

With all this considered, I’d put my money on Porto advancing through this stage of the compeition. Di Francesco’s job is truly on the line, and Porto are just in much more comfortable place. Dzeko isn’t firing in the same way as he was last season, and the loss of Strootman and Nainggolan have add a real fragility and lack of leaders in the side. This is arguably the worst side in Roma’s recent history, and this just isn’t the year for Roma to be focusing on Europe, when Champions League qualification is on the line.